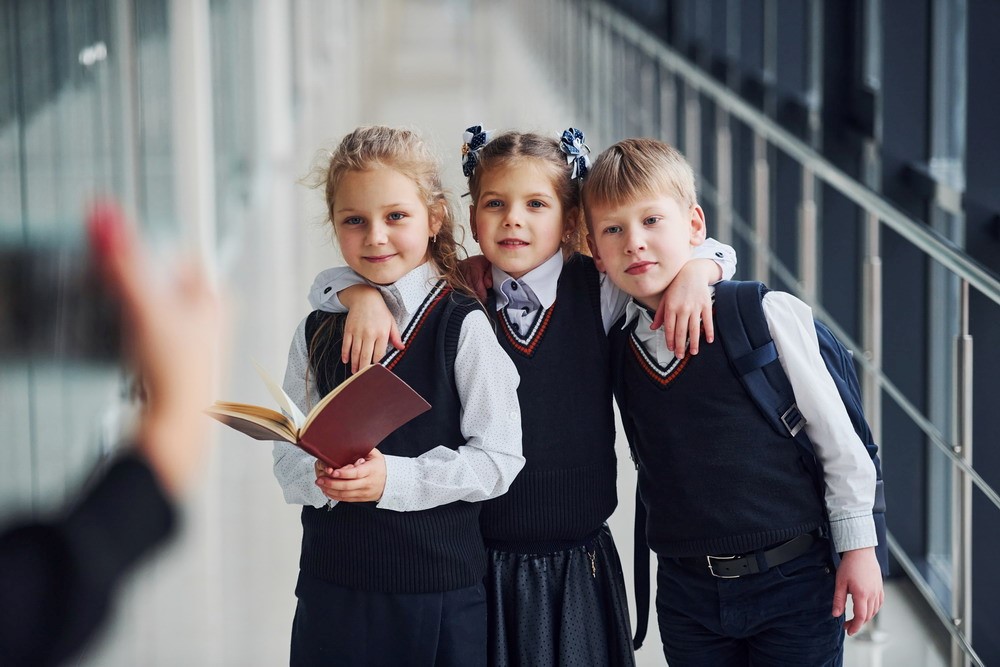 Uniforms are everywhere. Go down to your local fire station and look around. You will see everyone dressed nearly identically. Visit the hospital and you will see doctors and nurses dressed in scrubs. Turn on the TV to watch pro sports and you will see players for each team all dressed alike. So why are school uniforms such a topic of controversy?

For many people, it boils down to the belief that uniforms suppress individuality. Uniforms in a school setting promote the idea of conformity, relaying to students that school is not the place to express what makes them different. Let us assume such beliefs are true. Is conformity such a bad thing?

A 2016 survey among students at Hillsborough High School in Tampa, Florida show that the students there clearly don’t like school uniforms. Some 83% of them were against the school initiating uniform policy, both that year and in future years. No surprises there.

Why are students not on board with uniform policies? An editorial written by a Hillsborough student says it all. The student offered the following reasons:

The student who wrote the editorial is free to express his or her opinions about uniforms. Some of the reasons given make sense, others do not. But that is not the point. The point is that the argument against school uniforms boils down to the idea of conformity.

When companies institute uniform policies, conformity is certainly part of the equation. It is just a different kind of conformity. In school, administrators prefer uniforms because conforming to a uniform policy eliminates the distraction caused by some kinds of streetwear. Eliminate that distraction and schools can concentrate more on learning than having to put out fashion fires.

In the workplace, employers want conformity in their public image. They want their employees to project a certain image when in the public eye. Without a uniform policy in place, it is tougher to do that consistently.

According to the experts at Alsco, this sort of conformity is all about branding. Companies with uniform policies rely on those uniforms to enhance brand image. Anyone who has run a successful company knows how important brand image is.

In summary, uniform policies do create conformity. But is conformity always a bad thing? It depends on who you ask.…